Barnes Electricians - There When You Need Us Most

Need An Emergency Electrician You Can Rely On?

Call Barnes Electricians For All Your Electrical Emergencies, Repairs & Maintenance

Our emergency electricians are always on call when you need us most to take care of any electrical problems in your home or business premises in Barnes and Richmond upon Thames, London. We also provide regular electrical maintenance, inspections & testing services to help you avoid similar problems in future. 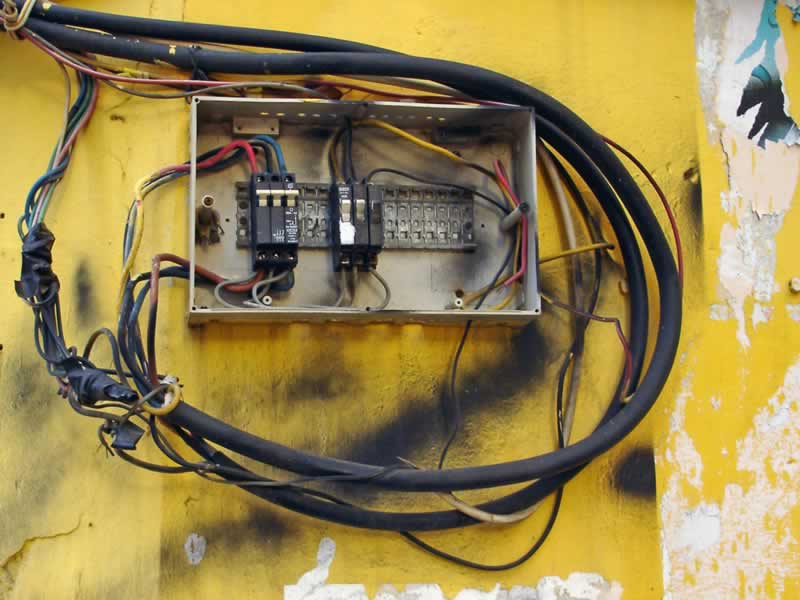 Planned electricity company power cuts may be inconvenient, but they’re not an emergency. However, a  loss of power that only affects your property, is an electrical emergency needing a professional electrician. We appreciate how costly and disruptive power failures or other electrical faults can be for your business.

If you need an emergency electrician don’t hesitate to call Barnes Electricians on 0787 164 7667. We’re available 24/7 for emergency callouts and can typically have an electrician on site in 1 – 2 hours of your call.

In an emergency where there is a danger to life, we aim to be there within 45 minutes if you are in the Barnes local area. In lesser emergencies, if you are a running business and there is a risk to your livelihood, we still aim to respond within 2 hours of your call, if you are locatged within the wider Wandsworth area in South London.

Despite our best efforts, not every electrical problem can be fixed on the spot. While we will always make your electrical installation safe immediately, it may take a little longer to fix. For example, if we need to  replace a component or appliance. In that event we will still aim to find the part and fix the problem within 24 hours.

Despite our best efforts, not every electrical problem can be fixed on the spot. While we will always make your electrical installation safe immediately, it may take a little longer to fix. For example, if we need to  replace a component or appliance. In that event we will still aim to find the part and fix the problem within 24 hours. 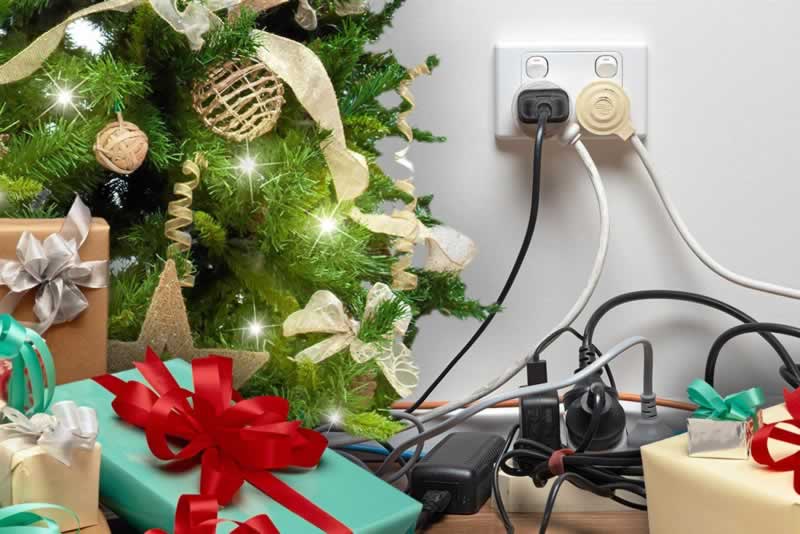 Overloaded socket points are an electrical hazard at any time, but even more so when they are positioned next flammable objects, where heat build up in teh socket can be the cause of an electrical fire.

If any device or appliance is giving off a smell of burning you should contact an emergency electrician immediately. Electrical fires can start with no other warning signs other than a burning smell so if you notice one, it’s a warning sign that there could be a serious issue about to cause a lot of damage if it’s left untreated.

Planned electricity company power cuts may be inconvenient, but it’s not an emergency. However, a complete loss of power that only affects your home, is an electrical emergency needing a professional electrician to fix.

Sparks from an outlet when plugged or unplugged – This could potentially cause an electrical fire so be sure to get all your plugs serviced if sparks are an issue.

Dimming or flickering lights can be indicative of an issue with your wiring. This can pose a massive danger to the safety of your home and your family so it’s not an issue that should be overlooked. Despite the age of your home – whether it’s brand new or old – be sure to get it looked at as soon as you can.

If the circuit breaker is tripping regularly, it’s a sign that your wiring needs to be re-done as it’s not capable of catering for the demands that are being put on it in terms of energy output.

An overheated plug can become a much bigger issue if it’s not looked at. The usual cause is a loose wire – either in the socket or in the plug – but it’s still cause for concern.

A loose electrical outlet has the potential to start a fire behind the wall.

If your lights in your house are flickering sporadically, it can be a symptom of a serious electrical problem lurking within your home. The same applies to appliances if power comes and goes to other electrical devices at random, so it’s very important that you call emergency electrical services right away to ensure your family’s safety and prevent more serious issues.

Electrical shocks when touching a plug or cord could lead to devastating damage or even death so it’s essential that the relevant plugs / cables are inspected and repaired by a professional.

Electrical faults can cause property damage and human injury if you ignore them too long. Electrical systems are complex, so don’t take risks when it comes to safety. Better still, get on an electrical maintenance plan. 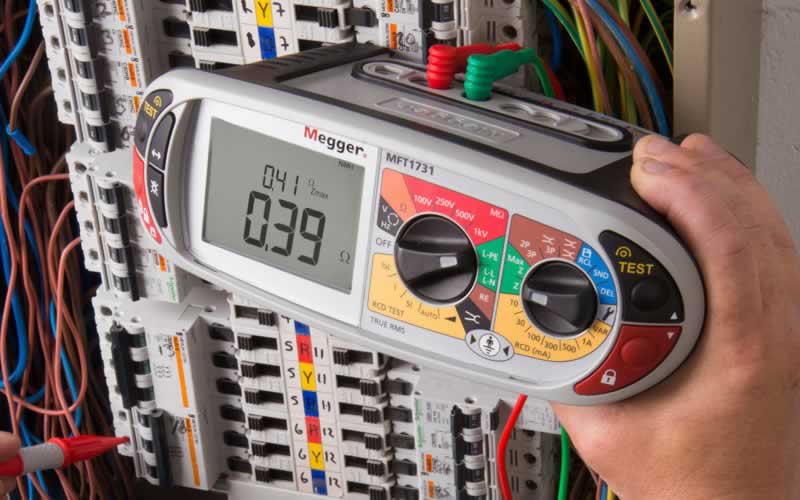 Even if you don’t need maintenance right now, you should look for an electrician like Barnes Electricians, who not only offer electrical repairs, but also preventative maintenance and testing. This ensures that you’ll have someone to turn to  for ALL your future electrical needs, from installations to repairs and system upgrades.

If you need an experienced and qualified electrician in Barnes for electrical maintenance or testing for your business premises, don’t hesitate to contact us. We’ll arrange a site meeting to discuss your requirements. Then we’ll create a detailed schedule of work and provide you with a fixed price quote, for your consideration. 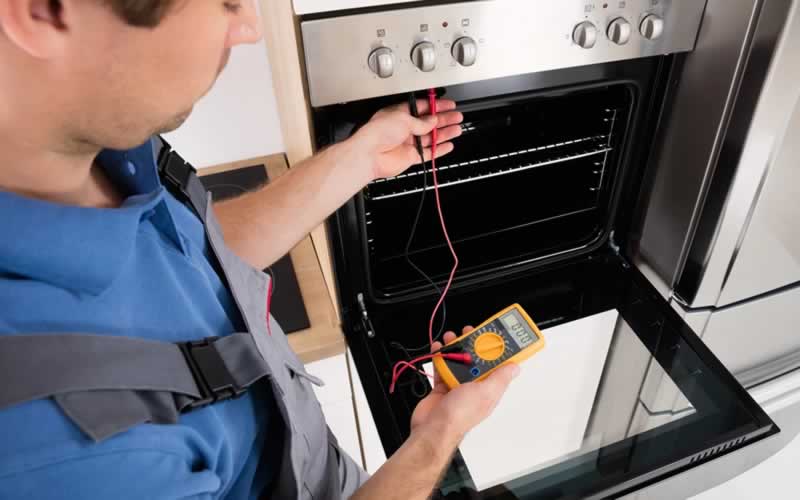 The Health & Safety at Work Act 1974, Electricity at Work Regulations 1989, Provision & Use of Work Equipment Regulations 1998 and the Management of Health & Safety at Work Regulations 1999, mandate that UK Businesses and Landlords have a legal obligation to protect the health & safety of employees and tenants.
If you’re an employer or a landlord, you must therefore ensure your electrical installations are kept in good working order and safe. As a qualified ‘competent person’ Barnes Electricians are able to provide PAT Testing; the process of examining electrical appliances and equipment, to confirm that they are fully operational and safe to use in accordance with the above Regulations.

We visually inspect the appliance for any damage and perform safety testing. On completion of a sucessful PAT, a report will be provided, along with a pass label for the appliance, showing the inspection date, date when the next test is due, and the inspector’s signature.

If the appliance fails PAT, we offer help or advice on the report along with recommendations and a quote for any remedial work required, which can be completed at a time to suits you. 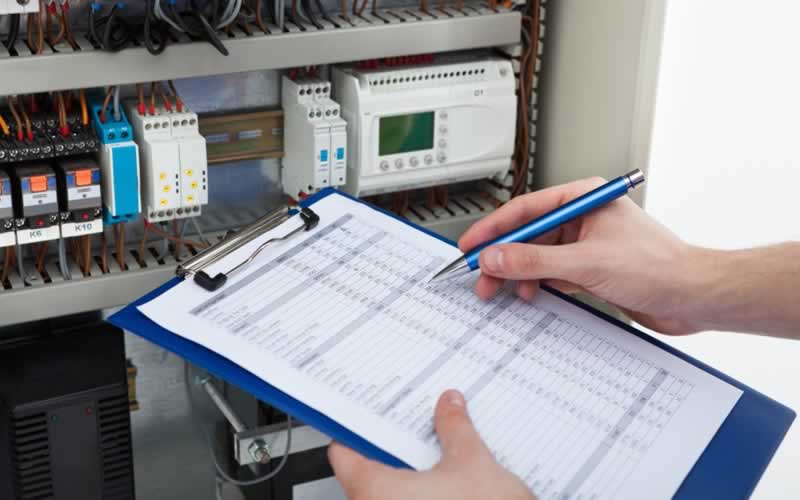 Commercial and domestic landlord Electrical Inspection Condition Reports (EICR) are the periodic inspection & testing of your electrical installations and systems. Barnes Electricians can conduct EICR inspections and provide certification for both residential and commercial premises. While it’s not a legal requirement for businesses or landlords, to have an EICR…

The Landlord & Tenants Act 1985 + the Health & Safety at Work Act 1974 dictate the responsibilities that landlords and employers have for the safety of tenants and employees respectively, while the Electricity at Work Regulations 1989 also require precautions are taken against the risk of injury sustained from electricity used in work activities.

Electrical installations can deteriorate over time, and as a result of  general wear and tear. That’s why an EICR should be performed at regular intervals. British Standard BS 76719 (IET Wiring Regulations) recommends 5-year intervals for businesses and landlords.

An EICR checks if your electrics have any faults that cannot be identified visually, such as overloaded circuits, incorrectly installed electrical circuits without earthing or bonding that could be a fire or shock hazard, and any other defective electrical work within the system.

A visual check will also provide a quick analysis of overall property safety, such as looking for broken sockets and light switches, damaged cables and scorching marks from overloaded power outlets + checking the residual current device (RCD) for bathroom and garden circuits.

One completion, our engineer will provide a report detailing any damaged, defective or dangerous conditions, highlight inganything that doesn’t match present-day safety standards. An unsatisfactory EICR will detail which systems failed testing, categorised as C1 dangerous, C2 potentially dangerous and C3 improvement recommended to remove any risk to life.

Once any urgent remedial work has been completed and your electrical system has passed the final inspection, you’ll be provided with an EICR Certificate of Safety, giving you peace of mind that your electrics are safe.

TO AVOID THE RISK OF ELECTRIC SHOCK, IT'S IMPORTANT NOT TO TRY TO FIX ELECTRICAL PROBLEMS YOURSELF. DON'T TAKE CHANCES. IT'S BETTER TO BE SAFE THAN SORRY! CALL Barnes ELECTRICIANS NOW ON 0787 164 7667. 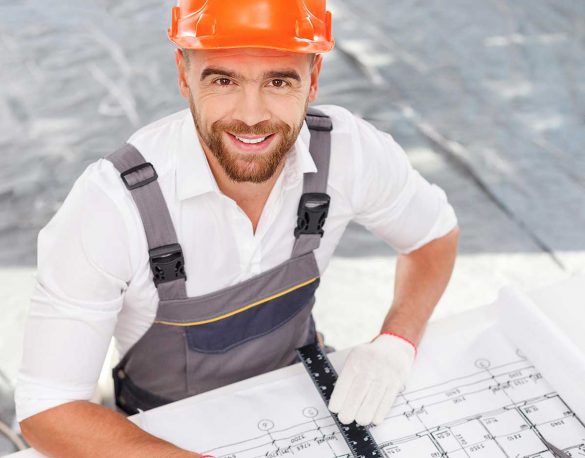 If your property suddenly loses power, or appliances fail unexpectedly, Barnes Electricians will fix the problem fast, 24/7 with NO CALL OUT FEE!

This site uses functional cookies and external scripts to improve your experience.

NOTE: These settings will only apply to the browser and device you are currently using.

These cookies allow us to count visits and traffic sources, so we can measure and improve the performance of our site. They help us know which pages are the most and least popular and see how visitors move around the site. All information these cookies collect is aggregated and therefore anonymous. If you do not allow these cookies, we will not know when you have visited our site.